I am ridiculously fond of this book. It reads as if a very exciting and slightly eccentric uncle has come to stay and is sat in a battered leather armchair telling tales – each story as unexpected as the last. It is the best kind of travel writing; stuffed full of character, carting you off to places that may not even exist anymore, and never being quite sure what’s around the next bend.

Newby had a fantastic life and treats all of it as an adventure. The domestic details of growing up in London in the early 1900s are spun out with as much energy and colour as his travels abroad. It is nothing short of bizarre to find the man best known for ‘A Short Walk in the Hindu Kush’ spent a good few years of his life working in Ladies’ Fashion, and for John Lewis at that. As my own grandfather worked in a similar role in London in the 50s and 60s, it was rather touching to see this section of his life written with the same humour and energy as the more naturally exhilarating setting of crewing a tall ship across the ocean.

END_OF_DOCUMENT_TOKEN_TO_BE_REPLACED

The UK is steeped in uncertainty today, however you feel about it. Even tea doesn’t help, which is equivalent to a national emergency. I took the responsible adult approach of running away to the nearest garden, drinking yet more tea and taking a year’s worth of photos. Thought I’d pass on the opportunity for escapism. Ladies and Gentlemen, Sissinghurst: as adapted by Vita Sackville West and brought to you by the National Trust.

Processed with VSCO with hb2 preset 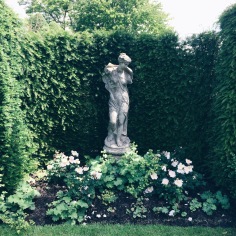 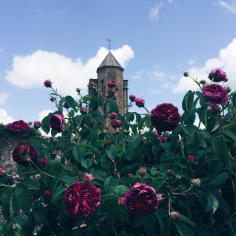 Wandering through the cobbled streets of Rye in the sunshine is a quick introduction to all that is quintessentially British; Tudor and Georgian architecture, an abundance of churches and good pubs, forts and cannons, silly house names and plenty of fish and chips. We were lucky enough to catch both the sun and the blossom out and it was even warm enough for an icecream on a bench overlooking the marshes. My favourite find was the Tiny Bookstore, tucked away behind the church, which is brimming with beautiful old books, from leather bound books to classic penguins.

This is a transporting and absorbing read, yet to call it magical or enchanting feels far too flippant for writing that covers so much real suffering and violence. Pascal Khoo Thwe’s life story, from growing up in a catholic tribe in Burma to fighting in the jungle as a rebel, feels an important one to share. His keen observations and favouring of explanations in place of simple descriptions bring his narrative alive. The clarity of his writing and matter of fact approach do justice to both the delightfully fantastical and the unjustifiable atrocities he repeatedly witnessed. From the Padaung to Mandalay and on into the jungle, this is a captivating, educating and eye opening tale. Hand drawn illustrations and photographs underline the reality of both the wonders and the horrors.

Looking for a few quotes, just one paragraph contained these two gems and every page is filled with meaningful and mesmerising passages.

The meat of the baby wasp is tender, and the texture is somewhere between scrambled eggs and roast prawn….(many years later, I was to read Lewis Caroll. My descriptions sound quite like him but are literally true.) ….We regarded wasps as a delicacy, which is why we tried to be so precise in describing their taste – rather like wine-lovers in Europe.

On hanging honeycomb on doors to ward off spirits: END_OF_DOCUMENT_TOKEN_TO_BE_REPLACED