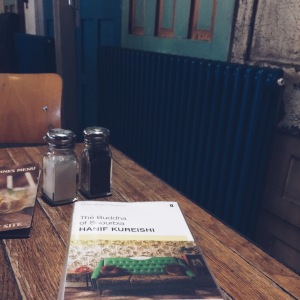 Written in the style of a memoir, this is harsh and bleak and very honest in a way that softens it slightly. People are continually hateful to each other and yet seem to, almost inexplicably, still care deeply about each other. Karim, who introduces himself as ‘an Englishman born and bred, almost’, goes through the wretched business of growing up with all the awkwardness and unpleasantness laid out in graphic detail. The details make this the great read it is, despite a plot I’m not entirely enamoured by. All the little nods to life in Britain in the 1970s, the current events, the fashions and the music, all give this a feeling of authenticity and being a lived experience rather than a work of fiction. Although certain elements seem fantastical or outrageous, it is always kept just within the realm of possibility and makes for an intriguing read.
On the intensity of a first crush

I admired him more than anyone but I didn’t wish him well. It was that I preferred him to me and wanted to be him.

END_OF_DOCUMENT_TOKEN_TO_BE_REPLACED

[Background: BBC R4 Woman’s hour gave 5 prominent women the chance to discuss topics that interested or moved them. The resulting programmes were so powerful that Muggins Here is joining in and lining up real ideas for an imaginary #WHtakeover.  Comment and join in  – what are the topics that matter to you? NB: Woman’s hour is not just for women, in 2013 44% of its 3.9 million listeners were male, but it remains a space to discuss overlooked issues such as the increase in unpaid carers or including sanitary products as a vital part of international aid. *All text links are articles, TED talks and sources NOT ads or spam.]

First up, the Internet. As Bill Gates said, ‘the Internet changes everything’ but just as it has changed the way we live, we have changed how we use it. It is no longer simply a resource but also a tool. The potenital to empower and improve lives has been shown to have a particularly positive effect on those with low income or education, those in the developing world and women in general. It gives us all autonomy, security, access to community and a voice. However, it is not perfect; navigating the hackers, stalkers and trolls (who aim to cause hurt and distress by making extreme comments anonymously) can be difficult. It seems the Internet has the power to bring out the best and worst of human nature.

While we talk about the new generation of ‘Digital Natives’ and the Queen’s speech talks of the right for broadband in every household in Britain, there are still those without Internet access or the necessary computing skills to get online. Several organisations are looking to address this imbalance and introduce people to the advantages of internet use.

END_OF_DOCUMENT_TOKEN_TO_BE_REPLACED

…so naturally Muggins Here has to stick an oar in. 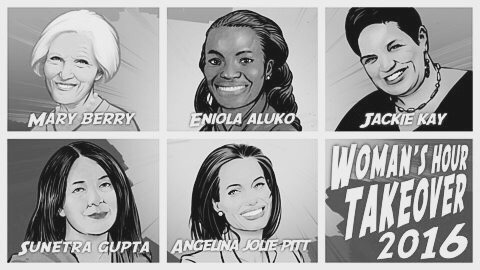 5 different Guest Editors took to BBC Radio 4 Woman’s Hour to talk about the topics that moved them in 5 special broadcasts last week; Mary Berry, Eniola Aluko, Jackie Kay, Sunetra Gupta and Angelina Jolie Pitt. The choice of topics varied from theraputic gardening to international aid and made each programme very personal to the incredible women sharing their experiences, knowledge and passions. People are always at their most inspiring when they talk about what they love and every discussion felt all the more meaningful for this. The programmes are also better insights into these personalities than any documentry could manage, comprising hopes, concerns and what inspires each of these inspirational women.

The natural conversational style of the standard programme structure really lent itself to feeling that you were being welcomed into a real sobremesa at their kitchen table (or in Mary Berry’s case, in the garden with vast quantities of cake and tea). There were so many thought provoking conversations and a few laughs along the way so go check them out if you haven’t already!

The best conversations make you think, learn and reconsider your own ideas and opinions. I was so impressed by the programmes (and so excited for the listener’s takeover starting on the 11th of July) that I’m going to draw up my own ‘Muggins Here takes over’ line up with a wish list of topics and speakers this week. Please do join in, comment or make your own and share them. 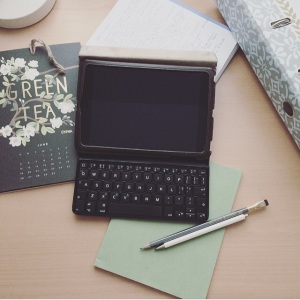 Having lost the time and the confidence to write opinions down, prefering the safe structure and indulgence of a book review, I’m picking up the preverbial pen again and dusting down the soap box. If you’d prefer just books or travel chronicles then feel free to use the menu to filter things accordingly.

It wasn’t that I wasn’t having opinions, I just didnt feel adequate at phrasing them and wasn’t quite robust enough for other people having opinions back at me (which is either a Catlin Moran or Hadley Freeman phrase, let me check) . I was also not entirely sure that this was the right venting vehicle but then I spent a week in near solitude reading and listening to the radio and had the full range of ‘couldn’t agree more’ to ‘how can you say that? look at the facts!’ and now I’m falling over myself to join in.

I’m laying me down a few ground rules:

Open Source – I like facts. They have this lovely way of making a point seem considered and reliable even though the whole UK EU referendum debate (read debacle) has neatly demonstrated how open they are to misrepresentation and misinterpretation and, just occasionally, being plucked from thin air (or , you know, an academic paper that plainly states these figures should not be used to suggest the exact thing you’re claiming they support *glares at Mr Hunt*). Statistics, like chips, should always come with sources and I’ll include links where I can.  END_OF_DOCUMENT_TOKEN_TO_BE_REPLACED 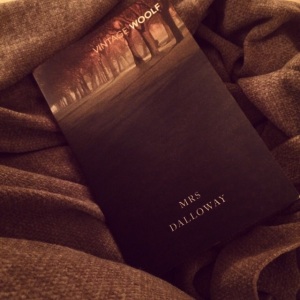 This has the appearance of being a day in the life of a wealthy married woman in London after WW1 but Mrs Dalloway is not defined as a mother or wife. This is not a guide to her daily tasks but to her psyche – how she came to be herself, from her experiences and the choices she has made, to how she reacts to the people and world around her. Many books run like plays where a cast of characters act out scenes and the authors deftly supply the details to help us stage the action in our imagination. While Woolf always assembles an intriguing cast, she does not write so much about actions but emotions, impressions END_OF_DOCUMENT_TOKEN_TO_BE_REPLACED 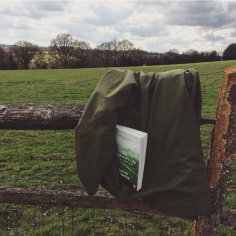 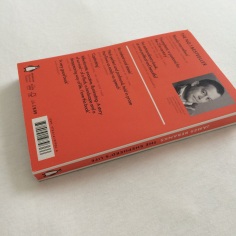 This book has a bit of everything for everyone. As well as conjuring up the traditions  of generations against a backdrop of the beautiful Lake District, there is a strong human element, unexpected happenings and the perfect balance of detail and technical talk to keep both those with prior knowledge and those without a clue hooked throughout. It should be read by farmers, walkers, lovers of the British countryside and ancient traditions, anyone who has ever knitted or eaten lamb or even refused to eat lamb. Basically everyone, get you this book. There is also an illustrated version jam-packed with photographs that looks stunning or you can check out his instagram account full of sheepish goings on.

END_OF_DOCUMENT_TOKEN_TO_BE_REPLACED 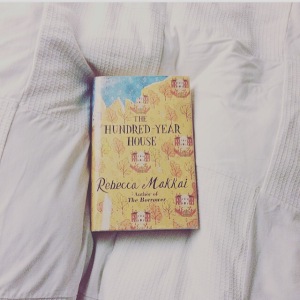 This was an intriguing read, falling somewhere between beach fodder and thriller. The characters and writing are simple enough to imply a quick read and enough twists and turns to keep it absorbing yet there was something unsettling about it. END_OF_DOCUMENT_TOKEN_TO_BE_REPLACED

Wandering through the cobbled streets of Rye in the sunshine is a quick introduction to all that is quintessentially British; Tudor and Georgian architecture, an abundance of churches and good pubs, forts and cannons, silly house names and plenty of fish and chips. We were lucky enough to catch both the sun and the blossom out and it was even warm enough for an icecream on a bench overlooking the marshes. My favourite find was the Tiny Bookstore, tucked away behind the church, which is brimming with beautiful old books, from leather bound books to classic penguins. 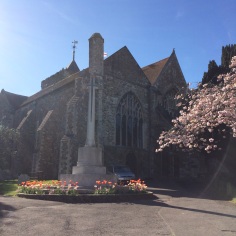 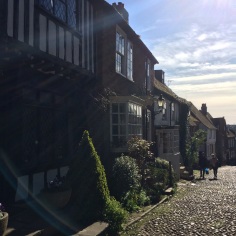 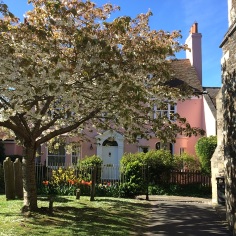 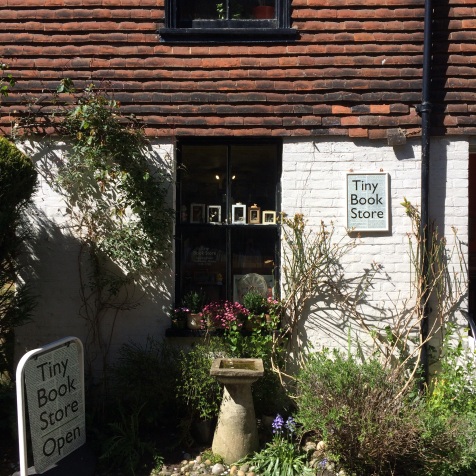 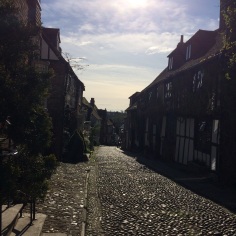 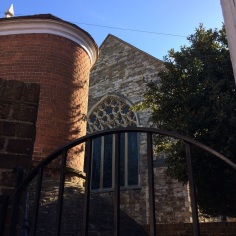 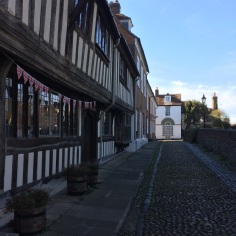 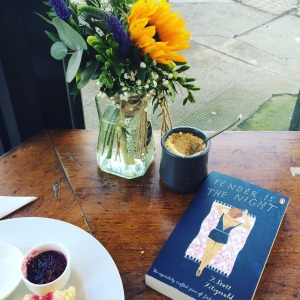 There is no doubt that Fitzgerald has a wonderful way of laying words on the page. The first few pages of this book are sheer eloquence. This excerpt perfectly captures that delightful happy wriggle of getting into cool water on a hot day:

Rosemary laid her face on the water and swam a choppy little four-beat crawl out to the raft. The water reached up for her, pulled her down tenderly out of the heat, seeped in her hair and ran into the corners of her body. She turned round and round in it, embracing it, wallowing in it.

It’s not that the rest of the book is any less eloquent, only that I find the poetic
summations a bit wearisome after a while. It takes me longer to work out what is actually going on and feels a bit like wading through mud and poking around with a big stick, trying to find the point. I, shockingly, felt the same about ‘The Great Gatsby’. END_OF_DOCUMENT_TOKEN_TO_BE_REPLACED 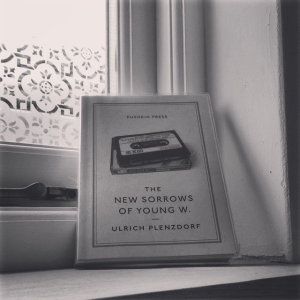 The sulky, sarky and irreverent Edgar narrates from beyond the grave as his father investigates his death. Edgar holds that common youthful belief that he knows better than anyone else and feels noone understands him or his potential while never seeming to really understand others himself. Knowing nothing about its context or the GDR in the 1970s, I read this as an amusing, confusing ‘trials and tribulations of an aspiring artist’ that was quite stark and just a bit odd. It felt as if the book was probably being very clever in a way I couldn’t quite understand. And it was. It turns out that the tale was a remodelling of Goethe’s ‘The Sorrows of Young Werther’, written a century before, and the original is repeatedly referred to and even plays a starring role as a nameless High German book that Edgar finds and keeps quoting from. Overall, it seems a quirky quick read that made me go find out a bit more about East Germany.

This quote is not typical of the slang heavy style but I loved the sentiment.

All the books suddenly looked like they were constantly being read by someone. You suddenly wanted to go and plop yourself down somewhere and read them all one after the other.

From: the local library

Felt: a general wry sense of amusement but slightly unsure of what exactly was going on. I think it could make quite a good play with a really bare set and a lot of ‘pretend this box is a boat’ involved.

Liked: Edgar’s grudging admiration of Zaremba – probably the most real and likable of all the characters.

Would recommend: if you happen across it. Don’t rush out to find it but if you stumble across it and you’ve a long train journey ahead then go for it. Or if you have any interest  or understanding of Germany in the 1970s. 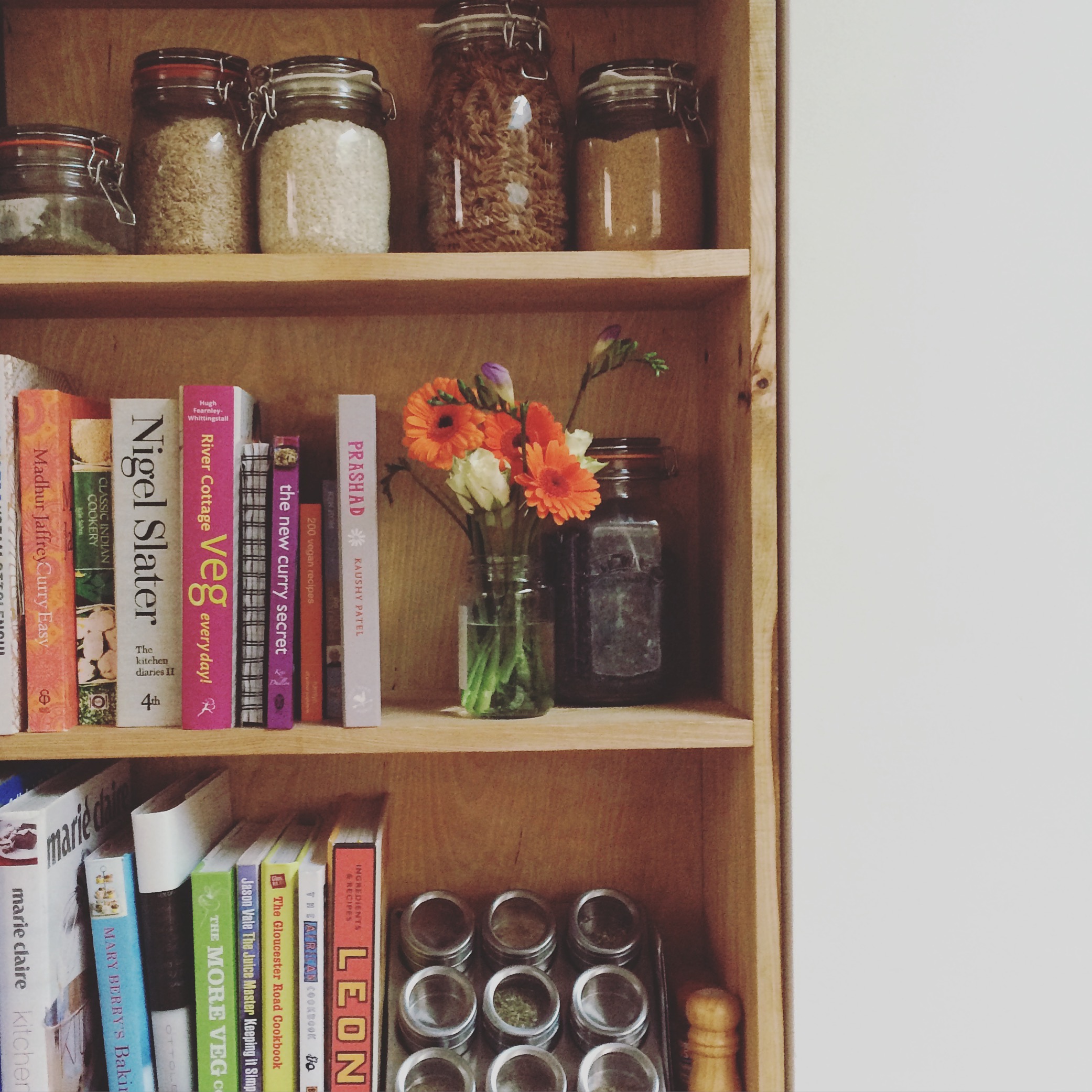 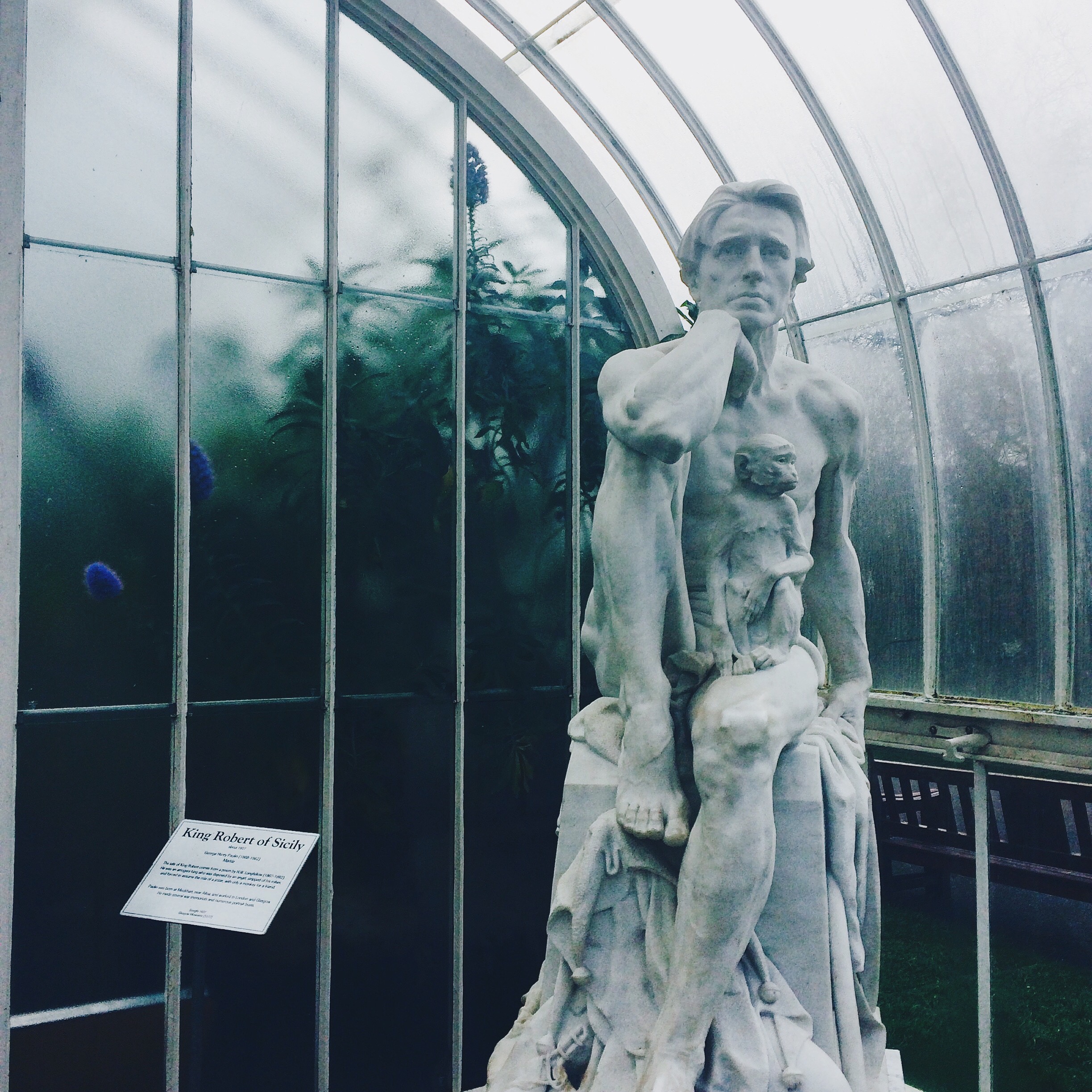